How to Get Over Being Scared of Skydiving 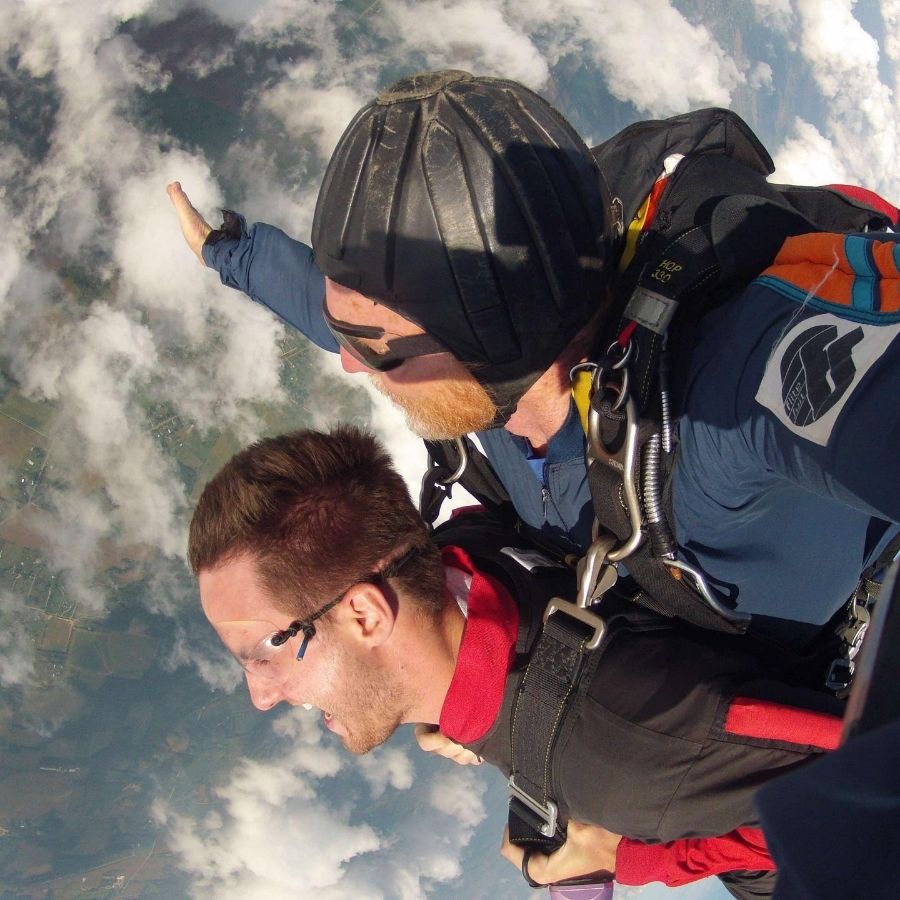 How to Get Over Being Scared of Skydiving

Is the fear of skydiving keeping your dreams of flight at bay? It doesn't have to. Being scared of skydiving doesn't mean you have to miss your chance to embark on the adventure of a lifetime. Far from it. Look, most reasonable, rational people are a little scared of skydiving: you are jumping from an aircraft in flight after all! From novice to expert, butterflies at the thought of exiting an aircraft 10,500ft above the ground are completely natural.

Lucky for you, fear, in general, and most certainly the fear of skydiving, is something that is completely within your control. Here is how you can get over being afraid to skydive. 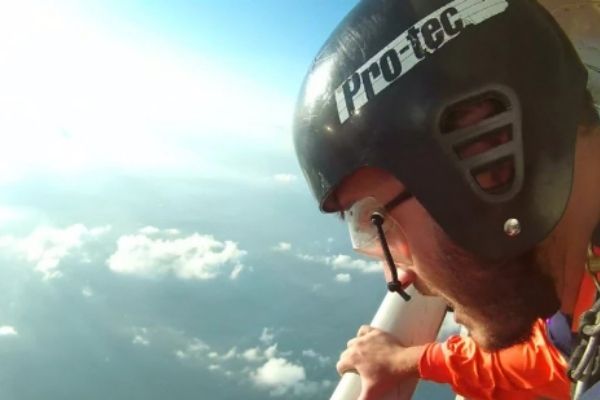 In part, people are afraid of skydiving because it is the unknown, but it doesn't have to be. By doing what you are doing right this very minute, i.e. researching, reading, and learning, you can help prepare yourself to face your fear of skydiving. Plus, at Skydive Cincinnati, you don't have to face the unknown alone. On the day of your jump, you will be paired with a licensed, professional skydiving instructor who is with you each step of the way.

Clear Up Common Misconceptions and Concerns

I'm afraid of heights, so I can't skydive.

Does the thought of being up high send shivers down your spine? You aren't alone. You may be surprised to learn that a fear of heights is actually quite common amongst skydivers. So, how in the world do they get past it? Well, there's no magic word or snake oil cure. The fact is that not all heights are created equal.

Generally, when you are up high, you have clear reference points. For example, when you are on the top floor of a building, you can see the ground, the streets teeming with cars, people scurrying around below, each person appearing distant but distinguishable, and the roofs of other buildings, either towering farther above or sitting somewhere below. Your brain uses these reference points to triangulate your position.

On a skydive, these reference points are missing. Way up in the great blue beyond, there really isn't anything relative to you, and honestly, because your brain cannot put your height into context, it doesn't seem like you're that high up!

I'm afraid it will feel like I'm falling when I leave the plane.

Roller coaster enthusiasts love the sinking feeling they get from a big drop. As for those scared of skydiving, not so much! Many people assume that the feeling of exiting the aircraft will be analogous to the feeling of falling one gets on a roller coaster. Yet, next to no one experiences that sinking sensation upon exiting the plane.

The stomach drop you feel on roller coasters is because of swift and drastic changes in acceleration. A typical skydive aircraft flies around 90 kt. Because the aircraft is already moving (and likewise so are you), the change in acceleration as you exit the aircraft and reach terminal velocity is less and occurs gradually. This means you don't feel the "fall." 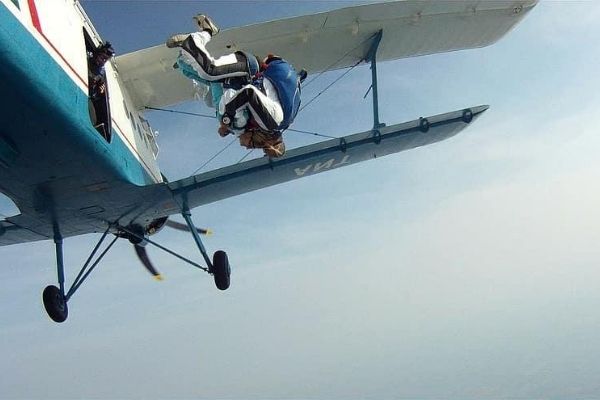 In addition to the reserve parachute, there is another layer of protection called the Automatic Activation Device (AAD). The AAD is a computerized component that calculates altitude and speed. In the event the parachute is not deployed by the appropriate altitude, the AAD will automatically deploy the reserve parachute. The AAD is a component of all tandem gear used at Skydive Cincinnati.

Face Your Fear Head On

Sometimes the best way to get over being afraid of skydiving is to face your fear head-on. When you are ready, we will be waiting. Contact us at Skydive Cincinnati to conquer your fear of skydiving today!

I highly recommend such an awesome group of people for the best experience of your life!