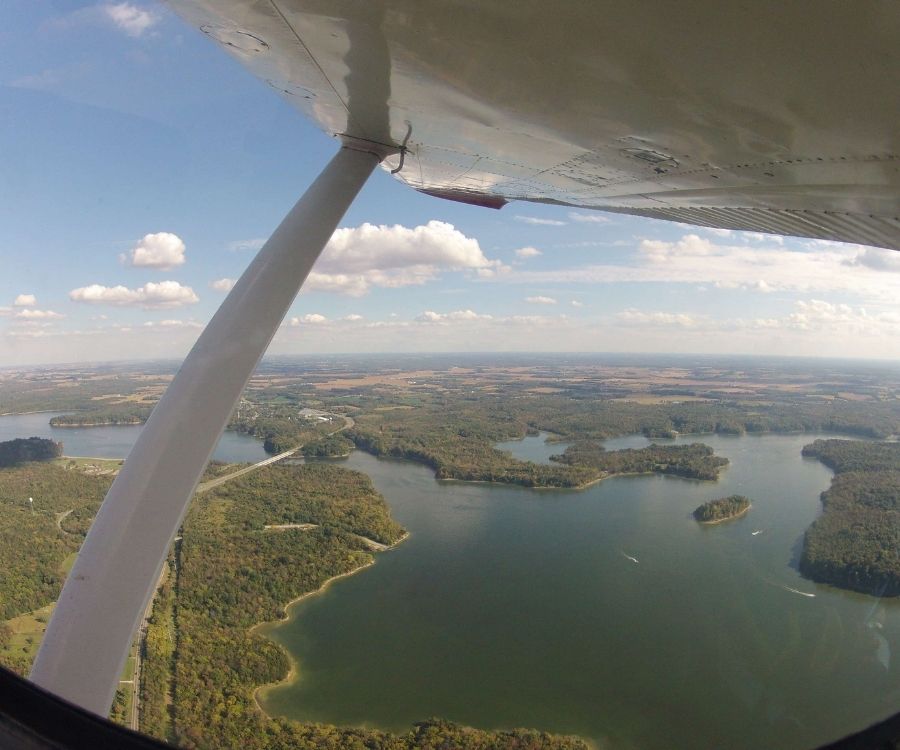 How is skydiving any different from those neat paragliding folks launching themselves from the tops of cliffs? What about the stiff-winged flyers speeding down steep slopes? Or the lads and ladies who make a playground of jumping from buildings, antennas, bridges, or cliffs? Are they skydivers?

Well, no, not exactly. With so many ways to explore the great blue yonder, it can be tough to know exactly what the differences are. In reality, there is an entire wild, wondrous world of aerosports out there, and it can be a tricky realm to navigate. Lucky for you, we are happy to be your guide!

While these gravity sports all make use of aerodynamics, they aren't skydiving. Really, skydiving is just one member of an entire family of extreme adventure sports that take advantage of flight! Allow us to break it down and introduce you to the crew.

Within the Skydiving Information Manual produced by the United States Parachute Association, skydiving is defined as "the descent of a person to the surface from an aircraft in flight when he or she uses or intends to use a parachute during all or part of that descent." 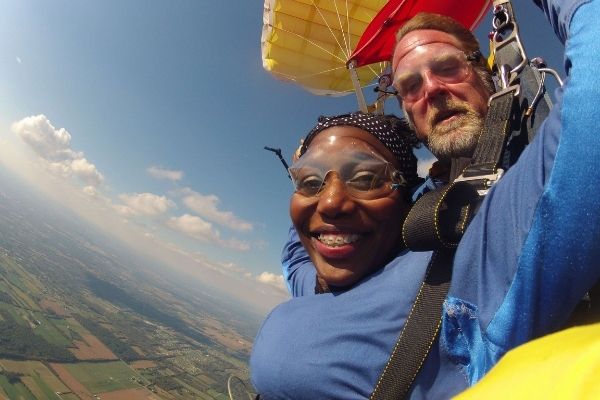 How does skydiving work?

On each skydive, participants first board an aircraft. Typically, tandem skydives are conducted from planes, but skydives can also be made from helicopters and, even, hot air balloons! After boarding the aircraft, participants will take a ride to a designated altitude. Here at Skydive Cincinnati, that altitude is nearly two miles above the earth! When it is time, jumpers exit the aircraft and experience freefall, reaching speeds around 120 mph. Though, in different orientations of body flight, the speed of freefall can reach over 200 mph! At the appropriate altitude, a skydiver will deploy their parachute and enjoy flying the canopy to the ground, often aiming for a specific landing zone.

Please note, all skydivers are required to utilize a "two-parachute system" during skydives. The two parachutes (a main and a reserve) are neatly folded into a skydiving rig (the backpack looking container which holds the folded parachutes). Those completing a tandem skydive are fitted with a harness which is securely attached to a licensed skydiving instructor. In a tandem skydive, it is the instructor who wears the skydiving container containing the two parachutes. 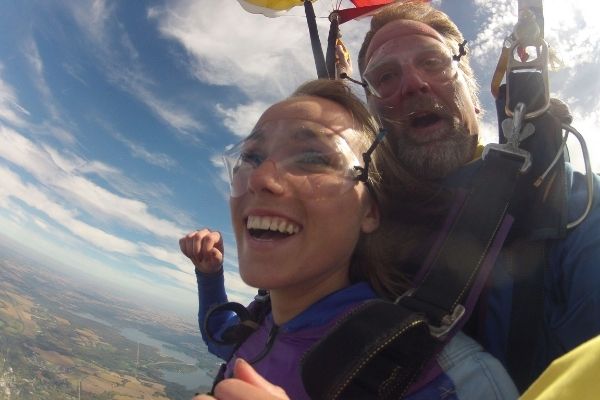 First and foremost, B.A.S.E jumping is an aerosport where individuals wearing a one-parachute safety system jump from static objects. In fact, the acronym B.A.S.E is composed of the most common objects used for this type of jumping: Building, Antenna, Span (bridge), and Earth (cliffs and other rock formations). Because jumpers are not descending from an aircraft in flight, B.A.S.E jumping is not considered skydiving.

Speed flying, as the name implies, is a pretty zippy way to experience flight. In general, many people consider speed flying to be paragliding's hot shot cousin. Speed flying uses a high-performance wing, often much smaller than those used for paragliding. While the basic piloting mechanics used in paragliding and speed flying are the same, the experience is vastly different. Speed flying wings may launch in a fashion very similar to paragliders, but there isn't much lift or glide to them, rather the specialized design of speed wings causes them to steeply descend, perfect for carving down the sides of mountains and ravines. It is highly recommended that potential speed flying pilots have ample paragliding experience before participating in this extreme sport.

Ready to try skydiving for yourself?

As you can tell, the sky is filled with all kinds of pilots and air junkies! Wondering if skydiving is the right fit for you? Contact us today and come experience it for yourself at Skydive Cincinnati!

I will always come back to Skydive Warren County. I love supporting a family owned and operated business. You guys are the greatest!!! Thanks again!!!! I will be back!!